MICD Virtual Seminars feature a deep-dive presentation on a single timely topic followed by a moderated group discussion among the attending mayors. Like conversations at MICD, discussions in virtual seminars are “off the record” and designed to promote candid conversation and the open exchange of ideas.

In the fifth MICD Virtual Seminar, recorded September 10, 2020, professor Ellen Dunham-Jones, co-author of Retrofitting Suburbia and host of the REDESIGNING CITIES podcast, shared a series of case studies in which city leaders formed key partnerships to redevelop, reinhabit, and re-green underperforming suburban properties to address challenges they were never designed for.

Technology, land use, and climate have changed since the advent of suburban-style development. As these changes continue, several valuable lessons can be applied to retrofit suburbia in a smart and sustainable way.

A strip mall in Desoto, Texas had lost its primary retail anchors – a familiar sight in many suburban towns across the United States. The only retailer interested in moving in was a dollar store, but the town already had several others. The mayor partnered with a local developer on an innovative solution: turn the anchor retail space into a local small business incubator, where local entrepreneurs can pitch their ideas as well as take classes to learn how to better achieve their business goals. Historically, the primary retail anchors in strip malls are chain stores with few or no ties to the city in which they are located. By attracting small local businesses, this strategy created an opportunity to more directly serve the community. The developer additionally took out a swath of parking and replaced it with an area for food trucks and gatherings. The city hopes to bring housing adjacent to the site, which would further unify and connect this property once destined for desertion.

Another familiar sight across the country are aging garden-style apartments, built at a scale that lends itself to affordability. Today, many developers demolish and replace old garden-style apartments with new apartments —detrimentally impacting their affordability and displacing residents. In Marietta, Georgia, the Madison Hills Apartments complex was facing a similar sentence. From the outside, the apartments were perceived as an eyesore, and its low-income tenants had a high turnover rate (which resulted in academically struggling students who often moved to new schools). However, real estate developer Marjorie Stagmeier saw an opportunity to preserve and help the community. She partnered with the local school to retrofit one of the apartments into a space that would facilitate an after-school program for the children, and do so without raising the rent. This new amenity reduced resident turnover, formed a more tight-knit community, and helped the local school go from being on the state list of failing schools to a Title 1 School of Distinction.

The downtown mall in Meriden, Connecticut was built on top of a creek, a common practice at the time it was constructed. The creek was culverted underground to divert the water away from the site, but it flooded often. The frequent flooding contributed to the eventual closure of the mall, which was then demolished. What replaced it wasn’t more housing or retail, but rather a stormwater park. While its primary function is to help control flooding, it is naturally also a public amenity during fair weather. The creation of the stormwater park removed 227 properties from the flood plain and sparked the renovation of a nearby train station and affordable housing. Re-greening the space triggered a ripple effect that made the surrounding area safer and more valuable to develop. 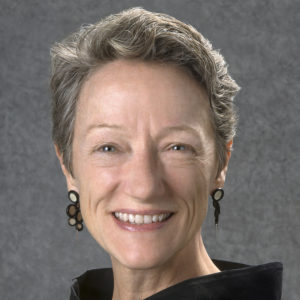 Professor Ellen Dunham-Jones directs the MS in Urban Design and hosts the REDESIGNING CITIES podcast series at the Georgia Institute of Technology. An authority on sustainable suburban redevelopment, she was Architectural Record’s 2018-19 Woman Educator of the year and was recognized in 2017 by Planetizen as one of the 100 most influential urbanists. She is co-author with June Williamson of the award-winning Retrofitting Suburbia: Urban Design Solutions for Redesigning Suburbs, (Wiley, 2009, 2011) and the forthcoming Case Studies in Retrofitting Suburbia: Urban Design Strategies For Urgent Challenges (Wiley, 2020). Her research and teaching intersect trends in contemporary theory & technology, real estate development – and most recently – urban design for autonomous vehicles.