In the latest installment of “Design Leaders,” a series from Next City highlighting mayors’ roles in design and the built environment, MICD alumna Baton Rouge, LA Mayor Sharon Weston Broome discusses how she is transforming the development process in her city. 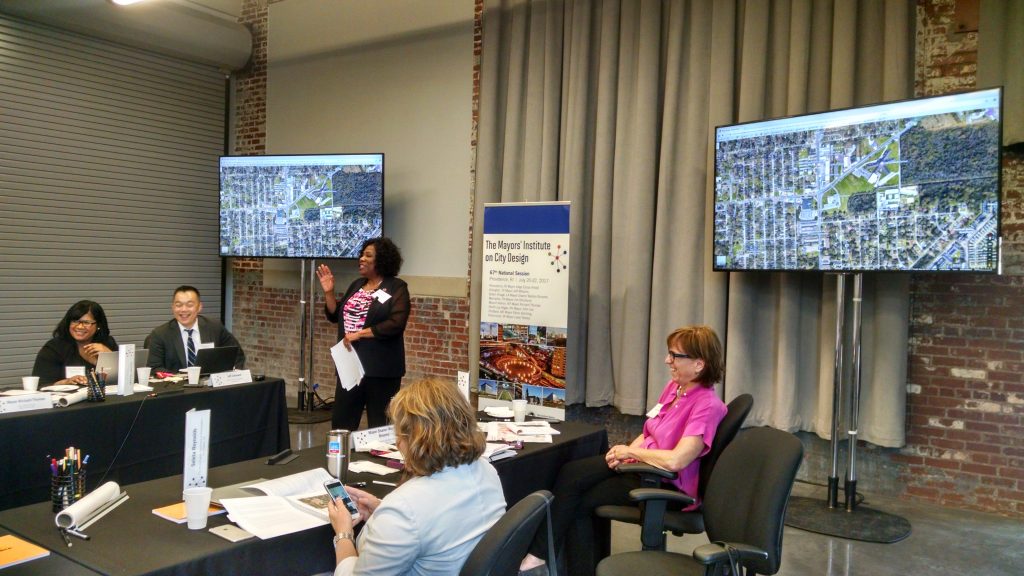 “Let’s start off with this,” says Mayor Sharon Weston Broome of Baton Rouge, Louisiana. “I am a firm believer that you cannot have a city in which part is at an ‘A’ grade and part is at a ‘B’ grade. You’ve got to have more alignment if you want a city that creates prosperity and progress for all its citizens.”

For Broome, that “B” grade refers to disinvestment, and repairing that disinvestment is a major part of the platform on which she was elected mayor in 2016 — the first woman to hold that office in Baton Rouge’s history.

Perhaps the best place to see this repair at work is Plank Road, a historic corridor in North Baton Rouge that was originally constructed by enslaved Black people starting in 1850.

Today, it’s one of the most-traveled corridors in all of Baton Rouge, while at the same time one of the areas that has suffered the most deeply from disinvestment. As such, Plank Road was a high priority for redevelopment. “This has been a critical corridor for North Baton Rouge for decades, but it’s in desperate need of improvement,” Broome says.