In the latest installment of “Design Leaders,” a series from Next City highlighting mayors’ roles in design and the built environment, Union City, GA Mayor Vince Williams discusses how he is taking the lessons of the 2020 MICD Just City Mayoral Fellowship forward. 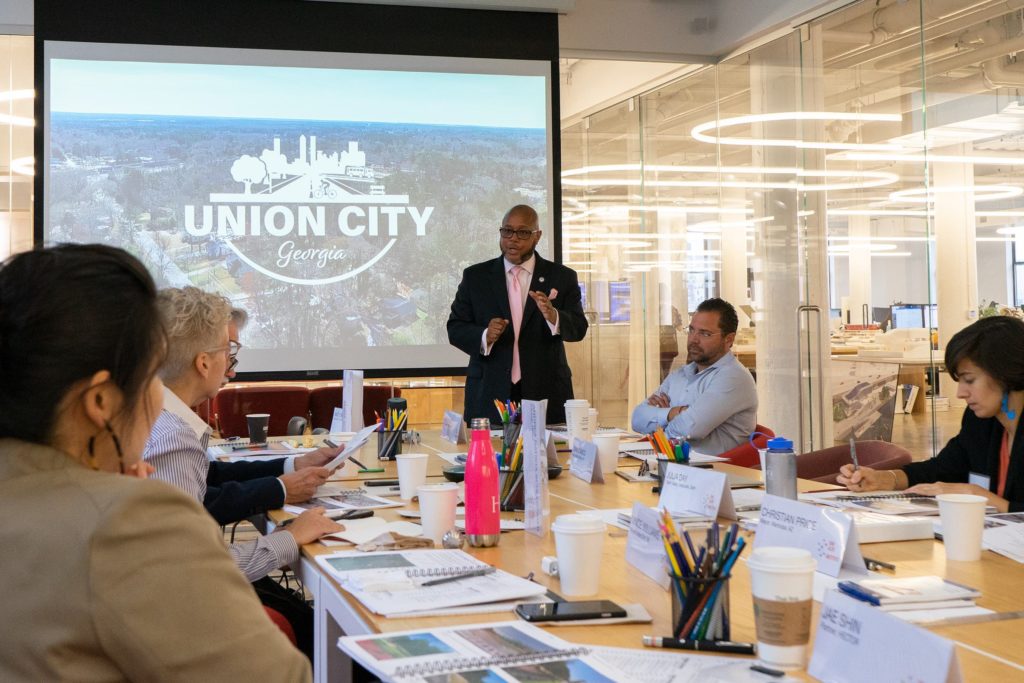 Raymond Drive in Union City, a suburb just southwest of Atlanta, is a quiet community of duplexes and single-family homes. About five years ago, Union City started getting an influx of Latino residents, some of who settled in the neighborhood and made it home.

Now, Raymond Drive is a focus of Union City’s efforts. Mayor Vince Williams wants to make sure the residents of Raymond Drive have equal access to public resources.

“Once I found we had this growing Latinx community, I wanted to make sure that we were involved in making sure that they were not left out,” says Williams, an alumnus of the inaugural Just City Mayoral Fellowship with the Mayors’ Institute on City Design. He has led Union City for the past eight years, and over the last 1.5 years, he has cultivated a special focus on Raymond Drive.

The neighborhood faces a host of challenges. One of the city’s biggest concerns has been food insecurity, which COVID-19 has worsened. Union City wants to make sure residents can access food, education and job opportunities, but Williams says there’s a language barrier that impedes that sort of conversation with adults. Though the city has some Spanish speakers on staff, the only communication that many government employees have with families is through their bilingual children.

In order to improve conditions on Raymond Drive, Williams is meeting with professionals from the Mayors’ Institute on City Design and local community leaders such as pastors, housing advocates and health and education experts. With their input, Union City is developing a plan to make sure it is there for people on Raymond Drive.