In the second installment of “Design Leaders,” a new series from Next City highlighting mayors’ roles in design and the built environment, Framingham, MA Mayor Yvonne Spicer shares the bold work she and her team are doing in Southeast Framingham. Mayor Spicer, a 2018 MICD alum, also participated in the inaugural MICD Just City Mayoral Fellowship in Fall 2020. 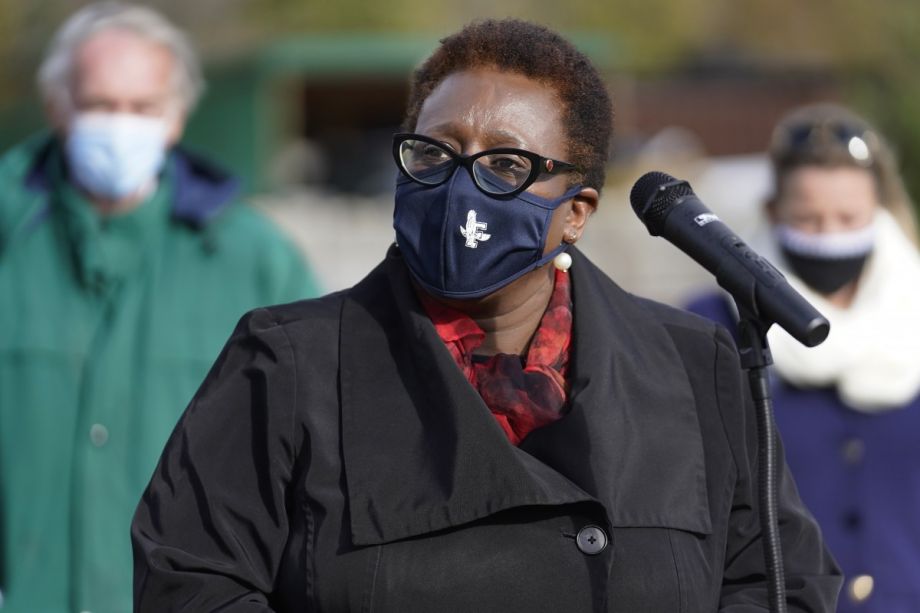 The neighborhood has no shortage of challenges. Southeast Framingham residents suffer double the city’s rates of unemployment and poverty, with median household income in the neighborhood just one-third that of the city overall, according to recent figures from the mayor’s office. Many residents lack fluency in English, an obstacle in connecting residents and business owners to city services and civic participation. Nearly half of the neighborhood’s housing units are subsidized, yet a majority of households—91 percent of whom are renters—are cost-burdened, paying more than 30 percent of income toward housing.

As if those troubles weren’t enough, the COVID-19 pandemic has hit Southeast Framingham disproportionately hard. The neighborhood’s plight was underscored last summer when Gov. Charlie Baker launched free COVID-19 testing sites in eight hard-hit municipalities. Framingham was not among them, prompting the city’s dismayed public health director to point out that in assessing municipalities only as a whole, the state was missing “pockets within the city facing tremendous barriers.” COVID rates in Framingham have been far higher among Hispanic and Black residents, residents of multi-family housing, and those speaking primarily Spanish and Portuguese at home—all factors concentrated in Southeast Framingham.

Last fall, Mayor Yvonne M. Spicer and her staff were able to direct heightened attention to the neighborhood, spurred by participation in the inaugural Just City Mayoral Fellowship sponsored by the Mayors’ Institute on City Design (MICD) and the Just City Lab at Harvard Graduate School of Design. The program was designed with 2020’s double-whammy of pandemic and racial justice reckoning in mind. Seven participating U.S. mayors from small to mid-sized cities (Framingham’s population is about 75,000) were challenged to choose a neighborhood experiencing inequity and historic disinvestment and create a “manifesto of action” to tackle the problems with a racial justice lens.

Over 11 weeks, the fellowship cohort gathered virtually to hear presentations on such topics as how public policies historically have contributed to spatial and social injustice, and how design and planning strategies can help right historic wrongs.

For Spicer, who took office in 2018, the obvious choice was Southeast Framingham, which she called “the most underserved part” of her city.

The first African American woman popularly elected to a mayor’s office in Massachusetts, Spicer is no stranger to racial justice ideals. As mayor, she has declared racism a public health emergency and secured approval to hire the city’s first diversity, equity and inclusion officer.

“The big outcome of this fellowship is the targeted focus,” she says. “This has allowed me to put a laser-beam focus on this section of the community. And not just me, but my staff.”