Where the Rubber Meets the Road: Introducing MICD Blog 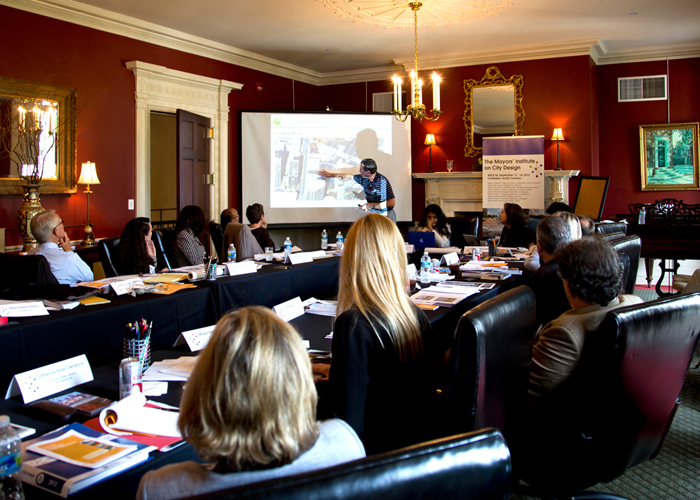 At The United States Conference of Mayors (USCM) 2012 Annual Meeting in Orlando, Vice President Joe Biden addressed the attendees and, in describing the importance of our nation’s mayors said, “You can’t have a healthy, thriving country without thriving cities.” At the Mayors’ Institute on City Design (MICD), we understand and support the important role that cities and mayors play in the success of our great nation.

In the 28-year history of MICD, the program has strived to improve the health of American cities by training their executives—mayors—to be the chief urban designers of their communities. We do this by demonstrating how design is a problem-solving tool for some of their toughest challenges. At each MICD session, eight mayors come together with eight leading design and development professionals to discuss the mayors’ most pressing city design challenges. The dialogue and exchange of ideas that take place at each session, particularly when mayors and designers begin to understand each other’s perspectives and realities, can be described as open, aspirational, and transformative.

Mayors have a difficult role to fill. They lead their cities through the good economy and in trying times while paying attention to the fine grain details of running the day-to-day operation of city life: trash pick-up, street cleaning, pothole repair, park programming, budgeting, and much more. As MICD alumnus, Philadelphia Mayor Michael Nutter, declared in his 2012 USCM inauguration speech, “Mayors are leaders—doers. We get things done, and we are moving America’s cities forward.” In this spirit, we hope to showcase on this blog how and where the rubber meets the road in the design of American cities through the mayors and design professionals we engage along the way!